Centralia College is proud to announce its Outstanding Student of the Year Award recipients.  Each year the college chooses between one and four students who represent the best and brightest of the student body.  Students are chosen for their high academic achievement, campus involvement, and the impact they have on their communities.

“I’m amazed at the caliber of our students, and this year is no exception,” said Centralia College president Dr. James Walton. “Each and every one of them has gone above and beyond what is required of them to become successful students. They make a huge impact on our campus and in their communities. We are proud to call them Trailblazers.” 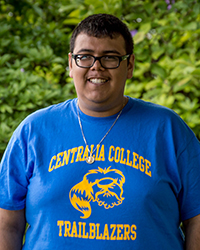 Alejandro began volunteering in middle school. His passion to make a difference has followed him throughout his life, especially during his academic career at Centralia College. As the Associated Students of Centralia College (ASCC) vice president, he works on multiple projects and is on several committees. He is an active member of TRiO Club, the student club for those attending college that are either disabled, low income, or first-generation students, and the Multicultural Club which promotes diversity. Alejandro worked on the Oxfam Hanger Banquet, Civics Week, and Blazer Kids. He helps with new student orientations and campus tours, movie nights, Make a Difference Day, Couches vs. Cancer, Latino Youth Summit, and attended the Students of Color Conference. Alejandro is also committed to his community of Rochester, where he belongs to the Rochester Organization of Families, has volunteered for Operation Santa, the Rochester food bank, Rochester Walk and Knock, Back to School Supplies, and tutors kindergarten through fifth grade school children in after school programs, often acting as a translator for Spanish speaking families at these events. 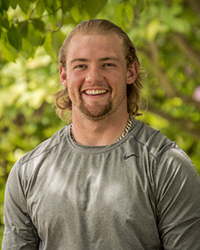 Wilson is one of those rare students. He excels academically, is a force in his community, and exudes positivity in the face of opposition. As the ASCC student body president, he is involved with several committees, and has either founded, hosted, or supported many more activities and events. They include hosting the Oxfam Hunger Banquet, the Blazer Kids Club, which brings reading and books to local grade schools, and the newly formed Student Athlete Advisory Council which positively promotes Trailblazer Athletics’ and its role at Centralia College. Wilson is also a member of the Forensic Accounting Club, has volunteered at the Lyle Overbay Baseball Camp, and as an umpire for local high-school all-star baseball games. In addition, Wilson received the 2015-16 Centralia College Sportsman of the Year award for his leadership in athletics. 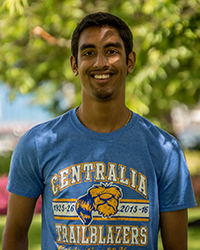 With an impressive grade point average, Ravi has the choice to attend the top engineering colleges in the country on scholarship. And he hasn’t wasted any opportunity provided him while attending Centralia College. Ravi is the 2015/16 president of Phi Theta Kappa (PTK), the honor society for two-year colleges. PTK spearheaded multiple projects of importance to the college and greater community. These include, hosting a recent organ, tissue, and bone marrow registration drive for those who need transplants or have rare blood cancers, assisting with the Latino Youth Summit, the Presidents Scholarship Concert, Foundation Night, and their continued work in the Kiser Natural Outdoor Learning Lab (KNOLL) on the college campus. The chapter won third place regionally for Honors in Action, and received international Five Star Status for 2015. Ravi is a member of several clubs, a speech and advanced math and chemistry tutor, and is secretary of the Applied Physics and Engineering Club (APEC). APEC is working on two impressive Capstone projects to be presented on June 10, the creation of a 3D designed and printed three axis camera gimbal, and construction of a model hydroelectric dam to be displayed in the KNOLL. 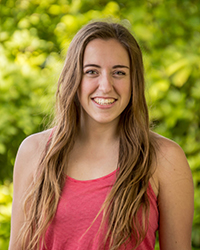 Committed, bright, and friendly are just a few of the adjectives used to describe Emily, but that hardly covers the hard work and determination needed for this young woman to maintain a 4.0 grade point average for three years while also competing on her high school volleyball team. She is one of Centralia Colleges’ 2016 All-Washington Academic Team recipients, and only one of 40 students chosen nationally to be named a 2016 Coca-Cola Community College Academic Team Gold Scholar. She is also a Centralia College Foundation STEM scholar. Emily has received accolades for her achievements in athletics, and for her involvement in the community on and off of campus. She is a member of the Applied Physics and Engineering Club (APEC), involved in building a model hydroelectric dam installation on the Kiser Outdoor Learning Lab as APECs Capstone project. In addition, Emily tutors speech, advanced math, chemistry and engineering.